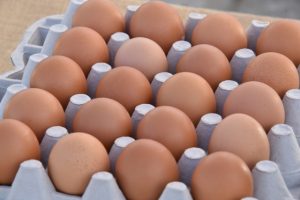 A new outbreak of Salmonella, which has sickened dozens of people, has been traced to a farm in North Carolina, causing recalls of eggs sold in several states, including South Carolina.

The South Carolina Department of Health and Environmental Control has a helpful website with information about what to do if you fall ill from food poisoning of any type.  However, you should also consider contacting an attorney.

An attorney can help you understand your options if you or your family have been harmed by tainted food.  Through the litigation process, attorneys are often able to not only help individual victims but sometimes effect larger change in the industry.  If you or your family are victimized by foodborne illness, the litigators at Burnette Shutt McDaniel might be able to help.

Along with the recent Salmonella outbreak, you may also have heard of the recent massive E. coli outbreak due to tainted lettuce. So far, that outbreak has not come to South Carolina, but cases have been reported in Georgia, Tennessee, and Virginia.

Although the tainted lettuce has been tentatively tracked to the area surrounding Yuma, Arizona, the investigation into the specific source of the lettuce is ongoing. The Centers for Disease Control advised that no one eat, serve, sell, or buy romaine lettuce unless it can be positively identified as not from Yuma.

Many people think of food poisoning as that unpleasant mix of gastrointestinal symptoms that result from eating gas station hot dogs or Aunt Karen’s potato salad.  You know the kind: a couple of days of misery, but within a week you bounce back to normal after losing a couple of pounds and a day or two of work.

This is not what happens when you are sickened with E. coli or Salmonella.  E. coli is a seriously nasty little critter. Infection can cause severe abdominal cramping, bloody diarrhea, vomiting, and even kidney failure and death.  Certain strains of Salmonella can cause fever, headache and severe bloody diarrhea. It can be fatal in people with depressed immune systems like children or the elderly.

The human cost of foodborne illness is very high, with 48 million cases of illness a year, and approximately 3,000 deaths.  Salmonella alone is responsible for 23,000 hospitalizations and 450 deaths a year in the United States.  Listeria, the great boogey-monster of pregnant women, infects 1,600 people a year, with 260 deaths.

Overall, foodborne illness costs the American public an estimated $77 billion a year, according to the Journal of Food Protection.

The cost of foodborne illness

Agencies trying to combat foodborne illness fight an uphill battle.  To fight outbreaks, agencies need to be at the top of their game, with the best scientists at the helm. They also need the power to enact regulations that can help keep companies from cutting corners on safety.

The government agencies also need the cooperation of the industries they regulate, which is not always easy to obtain.  In 2011, Congress passed the Food Safety Modernization Act, but it took a lawsuit to force the FDA to set a timeline to promulgate final rules. As a result, food remains less protected than it could be.

For example, when an E. Coli epidemic originating from tainted beef on the West Coast in 1993 left four children dead and 178 other victims with permanent injuries, families of the affected children hired an attorney. He achieved not only a record personal injury settlement for the victims, but also helped spur massive change in the beef industry. As a result, ground beef is one of the safest foods on the market.

Lawyers are uniquely suited to focus on the needs of clients who are hurt and to help force companies to reckon with the results of their negligence.  Sometimes the only way to effect change is to hit that industry squarely in the pocket.  A good lawyer will work to help protect your rights if you or your family are hurt by tainted food.